I fish a few kayak tournaments each year, and each time I come away with more knowledge than I had before. This weekend was no different. I joined forty other anglers to try our hands at Lady Bird Lake in Austin, TX. It taught me several additional lessons, either from my own actions or observation of others. You may already employ some of these, but you should at least give them some thought.

Waterproof Camera, Removable Memory and/or a Bag of Rice

Lots of folks don’t want to invest in a waterproof camera. I know this because I haven’t. I don’t fish a ton of tournaments, and have been lucky with my $20 pawn shop digital. A buddy at this tournament was doing the same thing, except disaster struck. His camera got wet and he was using internal memory. Without a memory card in the camera and it not powering up, he was about to lose a 93” stringer. He quickly called his wife, who was able to bring him a bag of uncooked rice in a re-sealable plastic bag. He placed the camera in the rice and put it on the dash of his truck. He arrived at weigh-in with a digital camera sitting in rice. We asked about his story as he tried, begged, and pleaded to get the camera to power up. At the last available second, the camera flashed and turned on. The rice had absorbed enough moisture for the camera to register his catch. He will be purchasing a waterproof camera soon, as well as some removable storage like an SD card.

I had done some prefishing on the lake and had a pattern that was holding up pretty well -until tournament morning. I started in my secret spot, and for the first forty five minutes, nada. As the nerves started to creep in I realized I had to change methods. I went to Plan B, and had one fish in the next hour. Over the next few hours I tried plans C, D, E, and finally F. I managed to scratch out a decent limit. If I had stayed stubborn and used that bait in that location from Plan A, I would have been in bad shape at weigh-in. Preplanning is your friend. Plan for the worst and hope for the best.

Sharp Hooks are Worth the Money

I have been guilty of not spending enough money on terminal tackle like hooks. I recently purchased some Eagle Claw “TroKar” hooks when they went on sale at a local sporting goods store, and had them with me. Unfortunately, the hook I tied first wasn’t “laser sharp”. It was a cheaper variety of hook. I set the hook on a nice fish, forced him to the surface, and was promptly – with a single head shake – reintroduced to my bait. The fish laughed as it swam back to its ambush point. I cut that hook off, mumbling the whole time, and tied on a TroKar. I didn’t lose another fish all day. Not only that, but I had to use pliers to get the hooks out of the mouths of the fish because they were so embedded. A good hookset is very dependent on a good hook. Spend the money.

Color the Lines of Your Measuring Device

The Hawg Trough (which is almost standard in kayak tourneys) has no black lines. It is too hard to judge ¼” increments without a little help. The line is there; it’s a raised ridge. Just run a permanent marker over the side of it, and you’ll be able to see much better. More importantly, so will the judges. Lots of first timers miss this one.

I went into the tournament with a positive attitude. I love fishing the host lake, and my goal was to fill a limit and visit with lots of folks. I reconnected with friends, and also made some new ones. When your attitude is light and friendly, the day is less stressful. For ultra-competitive folks this may not be a tip or trick you want to adopt, but for those wanting to have a little fun with a bit of competition thrown in, kayak tournaments can be a great way to do that. I didn’t feel like I had to win. I just wanted to have fun and make a decent showing. I did both of those things, and it made the drive home much easier. Instead of thinking about what could have been, I spent the drive and rest of the evening thinking about the good times that were had.

Have fun. Be prepared for things to change in an instant. Be courteous. Be safe. 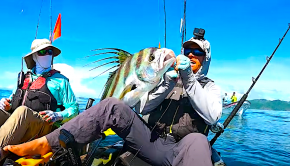 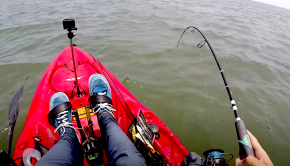 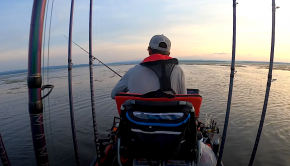 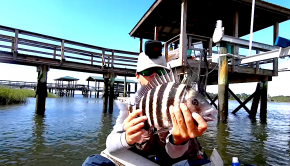