Amazing species fished here, check out this video!
« It was a calm morning out from Army Bay in the Whangaparaoa Peninsula. Whangaparaoa is just North of Auckland and has heaps of fishy areas so it usually doesn’t take long to get some action. Light winds made paddling very comfortable and I had plans to fish a shallow reef with strayline baits, then maybe swap to a livebait later on in the day. With the numerous kingfish around the baitfish were elusive, though I did end up snagging a kingi on a softbait which ended with a bust off.
The fishing was overall pretty slow for that spot, with only small fish getting hooked; however, on one particular drop, two world record snapper were hooked, one of which ended up getting swallowed by a nice john dory. This was a new species for me, so super stoked with this catch! » 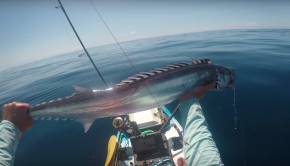 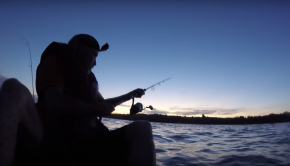