Browsing the "bc" Tag 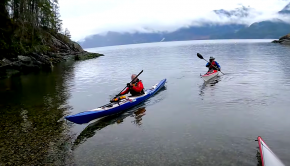 Follow BC sea kayaker Mike McHolm on a session in Howe Sound. Going from Porteau Cove to Zorro Bay. Some […

The world-renowned Great Bear Rainforest, on the central coast of BC, is home to the largest remaining temperate rainforest in […

Well, turns out editing a full length documentary is hard. Most of them came out patchy and boring. So the […

Winter is here, waves season is open in Europe , so if you guys want to get a good idea […

Whitewater Kayaking around Golden, BC

A short kayaking edit highlighting some paddling around Golden, BC with Garrett and Heather Buckingham. Looks like a fun river […

Dan Campbell accident on Mamquam Falls back in the days.

Fun day paddle in Howe Sound, BC with a bunch of Sea Kayak Instructors from Ecomarine Paddlesports Centre. Nice to […

First trip with my new Sterling Reflection II Kayak. This was a weekend course to learn safe launching and landing [… 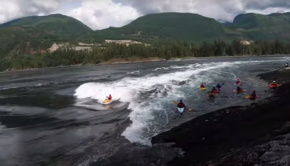 « Always worth the rally! » | Skook Smash and Grab