Bending Branches, just announced the latest addition to their Angler Paddle Line: The Angler Pro with a Real-Tree Max-5 blade. [… 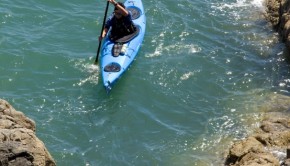 The Islay 12, as well as several other models from Venture Kayaks, feature the option to upgrade to the revolutionary […