Join the two Kayakers, Kay and Thor, on their 160Km paddle to Bornholm – a rocky island in the Baltic […

Really cool video of some paddlers from Estonia, snow sea-kayaking in the street of their city&# 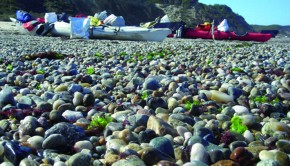 The Joy of Self Support

In this issue, Kent Ford shares with us the enjoyment of self-support trips. Taking advantage of new advances in lightweight […