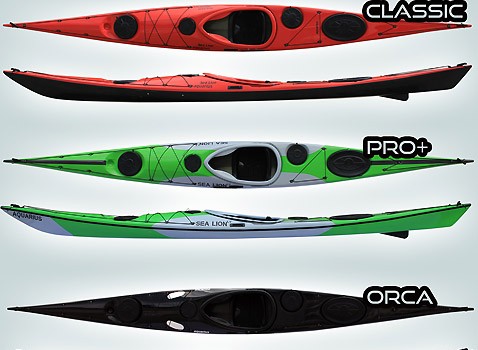 Published on September 24th, 2013 | by Paddleworld

We have worked hard and we based on Sea Lion to make two new model in British style sea kayaks. Now we are proud to present:
Sea Lion LV – same length, same width but less volume.

Experience with Sea Lion has showed that there are many people appreciates nautical features of this boat but for some people (under 80 kg) is to much volume. Particularly when paddling for one-day touring without any heavy equipment inside the boat. This is why we decided to make Low Volume of Sea Lion.

Sea Leopard – same features on bottom and hull but less volume and shorter.Sea Leopard is based on Sea Lion but is shorter and lower volume. Was created mainly for young people or just lighter people for whom even new Sea Lion LV will be to big. Despite of kayak shape Sea Leopard has small changes in deck-lines.

This serie of articles, called “NEW @ PADDLEexpo 2013” and produced by KS Publishing (publishers of Kayak Session, Paddle World and Sup World magazine, showcases the new products for 2014 to be exposed at the PADDLEexpo show taking place in Nuremberg, Germany on October 2nd, 3rd and 4th. PADDLEexpo is the world’s largest paddlesport-specific trade show (‘trade show’ meaning entrance is reserved for professionals) highlighting what the general public will find on shelves and in stores in 2014. It includes everything from kayaks and canoes to stand-up paddle boards and inflatables, with the apparel and accessories needed for it all. See the product and meet the manufacturer at PADDLEexpo 2013 in Nuremberg > www.paddleexpo.com 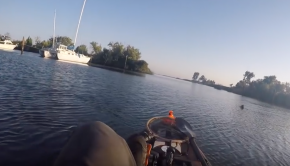 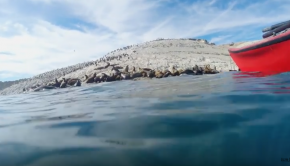