Tahe Kayaks, celebrating its 25th anniversary,  are giving away a Tahe Marine kayak to one of their  lucky facebook fans. Plus you can win different Beluga products every day! To try your luck, with Tahe Outdoors 25th Anniversary [&hellip... Read More →

While Baja California in Mexico is a paddling paradise, it is also a paradise for Manta Rays and sort of ocean wildlife. An article on paddling around Whales, Seals, Manta Rays, Sharks and Dolphin in Baja [&hellip... Read More →

As they go on the open sea Wakeboarding they are joined by a pod of dolphins that are swimming along, jumping around. Unreal!... Read More →

Jim Sammons, along with James McBeath and Ben Roussel from Jackson Kayak, give you the scoop about their remote kayak fishing adventure in Panama. With the help of Paddle Panama, they explore remote locations packed with [&hellip... Read More →

Originally posted on Yakangler.com I fish a few kayak tournaments each year, and each time I come away with more knowledge than I had before. This weekend was no different. I joined forty other anglers to [&hellip... Read More →

The World’s First 3D Printed Kayak. Fun, but at Paddle World we will keep on following our habit: visiting our local paddle shop when it comes down to buying products&#... Read More → 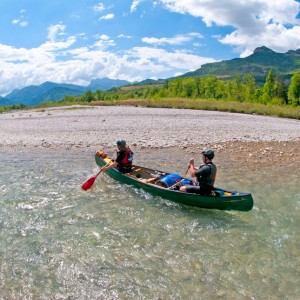 A short film that follows the journey of two girls in a canoe on the River Shannon and how they stumble across one of nature’s greatest phenomenons; a murmuration of starlings. Sophie and Liberty are independent documentary [&hellip... Read More →