Published on December 3rd, 2013 | by Paddleworld

Race 4 of the Vodacom Cape Town Surfski Series – the Seaforth Paddle Clash!
A pumping 25kt South East wind provided plenty of action for those who challenged the slightly shorter out-and-back course. After slogging into the wind, it was nothing but subliminal downwind and dolphins all the way home.
Sean Rice and Kim Van Gysen took the mens’ and womens’ titles respectively after some very tight racing from a strong field.
Vodacom Cape Town Surfski is bought to you by the Fish Hoek Surf Lifesaving Club. 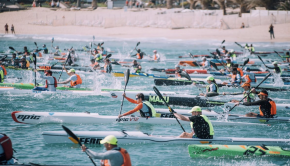 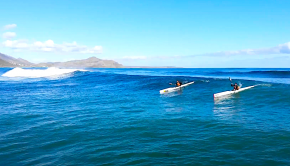 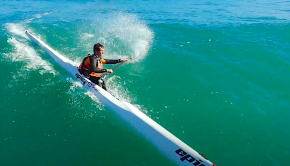