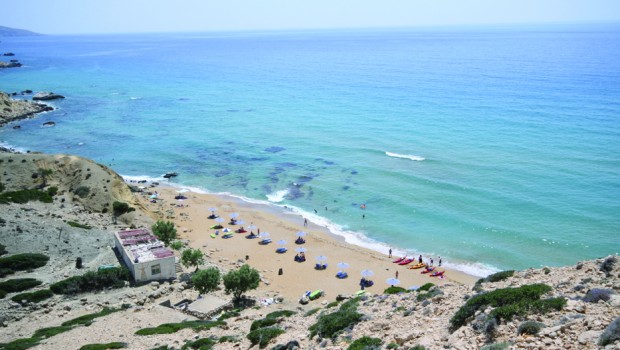 Pulling from more than twenty years of paddling and boat design experience, Nigel Foster shares with us a variety of tips and technical skills that will make our sea kayaking and touring trips easier and more enjoyable.  In this column, Nigel helps kayakers end a perfect day of paddling gracefully by providing strategies for smooth landings.

Approaching the beach after a day on the water can be the wettest and most embarrassing moment of the day, especially if when you cruise toward shore with the waves, you broach and flip in shallow water in front of a watching crowd on the beach! Has it ever happened to me? Absolutely! So what can you do to come in more gracefully?

Next, pick your time – Waves come in groups of bigger waves called sets. Periods between sets when smaller waves are experienced are called lulls. Try to land immediately after a set, at the start of a lull. This will give you longer to get ashore, and for a time, each wave will be a little smaller, and not reach as far up the beach.

Lastly, paddle in the back of the wave – Use the back of the wave rather than the face. If you paddle in on the face the wave will surf you toward shore. As the wave steepens your kayak will tend to broach, or turn sideways to the wave. In this position the wave will tend to flip you toward the beach. Edging down toward the wave, (mooning the beach)and bracing to seaward, will help to stabilize you, but you’ll likely bounce sideways toward the beach. A more controlled and stable approach is to paddle in on the back of the wave. This keeps your bow high. Your kayak will be easier to steer, and you’ll ride up the beach on the swash. With good timing you’ll run aground, or grab the beach with your hands beside the kayak, as the wave drains back as backwash, leaving you sitting on shore with a moment to climb out and secure your kayak. Of course sometimes a wave crest will move too fast to keep up, and another wave will creep up behind you. Reverse through the wave behind you and chase that one to shore instead.

Avoid swimmers – Avoid landing where there are swimmers in the water (especially keep away from flagged swimming zones). If you spot a swimmer ahead, reverse away and find a clear way to shore. If you find yourself surfing toward a swimmer, capsize. A collision could cause them serious injury or death.

Who lands first? As a group, it’s often best to send a good paddler to land first, so there is someone ready to help the others.

If you do broach and flip, tuck forward and go with the flow. Don’t try to brace and don’t try to check your fall with a hand; these are likely to cause you injury. Instead simply allow the wave to push your kayak over you, then either roll back up or exit. It may mean an ignominious exit but that’s better than being taken away in an ambulance.

Should you exit, grab your kayak so it cannot escape.

Of course, there may not have been waves when you set out, but conditions may change while you are afloat. So just in case, keep these main points in mind:

1. Choose a beach with spilling waves rather than one with dumpers.

2. Avoid landing where there are swimmers.

4. Chase a wave crest toward shore rather than surfing it. 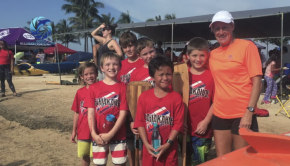 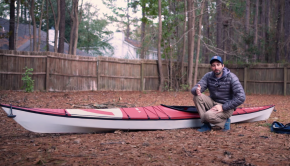 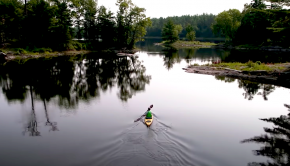 Product Spotlight: The Best Touring Kayak of the Year?? → 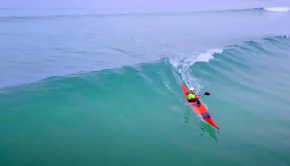 This is Sea Kayaking →